Now that the second trimester is here and I’m starting to tell people the good news, the first question on many people’s lips is, “What names do you have picked out?”

Officially, we haven’t really gotten to that stage yet, since it will be weeks before we find out what we’re having. Sure we’ve tossed around a few names, but nothing that both of us love. Well, except Emma if it’s a girl — until we discovered with horror that it was last year’s No. 1 baby girl name. Having grown up with the No. 8 female baby name of the 1970s, I know the pain of being one of several Heathers in a given classroom and invariably having my name appended with my last initial. So officially, we’re still looking for a name that is classic, easy on the ears, and little-used.

Unofficially, I have dubbed my frolicsome fetus Pele the Volcano God (or Goddess, if you believe Chris and Hawaiian mythology).

It started about a month ago, at the end of Week 10. The first time it happened, I figured it was a fluke. The second time the volcano erupted, I started to wonder. Then, in the last few weeks, when it became a near-daily occurrence, I knew that deep within me dwelt a powerful entity who was apparently displeased with something I was doing around breakfast time.

Apparently, little Pele the Volcano God is angered when I fail to sacrifice a food offering first thing in the morning. Bile and prenatal multivitamins will be forced from deep within the angry bowels of his dwelling place, followed by the release of pressurized gases, in what many call “the dry heaves.”

Another thing that displeases Pele is the ill-advised Granny Smith apple offering, which apparently constitute an unacceptable sacrifice. Twice, I have made this breakfast-time oblation. Twice have I felt the wrath of Pele in the form of large chunks of crunchy, undigested apple being painfully upheaved through my raw and swollen esophagus. We will not be offering Pele any more first-thing-in-the-morning apples.

Also on the list of sacrifices that incur the terrible wrath of little Pele is Mexican food. If one were to toss a burrito and some Sobe cranberry-grapefruit juice into the crater first thing in the morning, Pele would be very displeased indeed. So much so, in fact, that last night’s food offering might be ejected as well in the violent eruption that followed.

Offerings of whole-wheat crackers, Ruby Red grapefruit juice, Raisin Bran and peanut butter and jelly sandwiches also are unacceptable in the eyes of Pele the Volcano God. However, Pele is pleased when he is offered things such as yogurt, baked potatoes and shredded wheat cereals.

Of course, being a fiery deity of carnage and vengeance rather than, say, a benevolent forest god, Pele’s wrath is incurred not only by morning offerings, but also by previous sacrifices and even by the actions of those living in the direct vicinity of the volcano (i.e. his mother).

Nighttime sacrifices of pizza will not immediately anger Pele, but come morning, retribution will be meted out upon the offending villagers, believe you me!

Chris also theorizes that blow-drying my hair upsets the wee volcano god. Indeed, the majority of eruptions are preceded in the previous few hours by my leaning over to dry my tresses. The hypothesis is that the motion and balance changes are detected by the angry little volcano god, who expresses his displeasure with our disruption of his slumber by causing a violent and showy eruption, punishing those who would threaten his ecosystem. Chris believes that to appease Pele, I should wear my hair back rather than down (coincidentally, the way Chris likes it).

It is to be hoped that the baby will not remain Pele the Volcano God throughout the entire pregnancy. Comfort issues aside, it would be difficult to stop calling the wee one Pele after his arrival if the eruptions were to last right through Week 40.

On the other hand, there is a bright side to harboring a wrathful volcano god within one’s person and calling the new arrival Pele. Unlike with some names we’ve tossed around, our child will most assuredly be the only Pele in his or her kindergarten class. 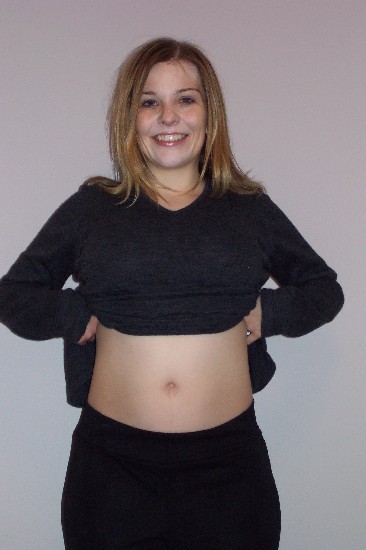 2 thoughts on “Pele on Board”