It started a few weeks ago. First my metatarsals disappeared. Then my ankles looked suspiciously thicker.

“Do my feet look fat?” I asked Chris. Chris looked at me with the eyes of someone who is considering making a discreet call to the funny farm.

Then, sometime last week, I was sitting on the bed with my feet up, examining what looked to be 10 very select, juicy cocktail weiners placed with care on two plump, round ends of ham.

“I see what you mean about your feet now,” Chris admitted when confronted with the fact that my feet looked like the prize work of one of those clowns who twists balloons into animal shapes for partygoers.

Normally, I am not a person who gives a lot of thought to the appearance of my ankles. As long as I have a well-toned derriere and nice flat abs, I couldn’t care less if my lower legs most closely resemble those of a pachyderm. However, my derriere is currently padded with what pregnancy books tactfully refer to as “maternal fat stores,” and I think we have established by now that my belly is, at this point, extremely convex. As you might imagine, when a person has added 20-odd pounds over an eight-month period, one’s ankles are all one has left.

So it was with much dismay Friday that I surveyed my ankles obsessively (meaning at least twice a minute for 10 or 12 hours) over the course of the day. I had made the unfortunate decision to wear my white capri pants, which meant that — with my aching pavement pounders propped up on an ottoman where, for once, I could actually see them — I was constantly faced with the gruesome fact that my feet are now just a second bend in my pudgy legs.

I thought it might be better if I took my shoes off. It wasn’t.

My shoes — the T-strap slide-ons I bought in February not just a half-size but a full size larger than my old footwear — had left impressions on each foot, with waterlogged flesh rising like bread dough through the two little half-circle cutouts.

“That’s OK, Heather,” I told myself. “You are still a beautiful rockstar.”

Then yesterday, as if the damage to my feet was not enough, I noticed my ring was feeling tight. Uh oh.

Sure enough, it was stuck. Five minutes later, once I had managed to painstakingly twist it off, there was a big dent encircling the base of my finger. I realized with horror that I’d seen that finger before. It belonged to the Michelin Man.

I may be a rockstar. But if I am, that rockstar is the peanut-butter-and-banana-sandwich-snarfing Elvis in his sequin-bedecked, bloated nadir.

Between my Hamburger Helper hands and the zeppelins masquerading as feet, not to mention that I now have to lean back as I walk waddle so as to prevent the lead-filled beach ball from pulling me over, I am feeling none too attractive this week.

Obviously this is my punishment for being happy last month to have “escaped” the edema commonly associated with late pregnancy. I flew to close to the sun, and like that other famous blimp, the Hindenburg, I have gotten my comeuppance. 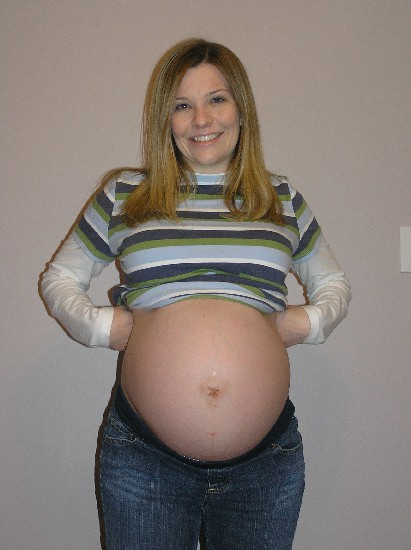 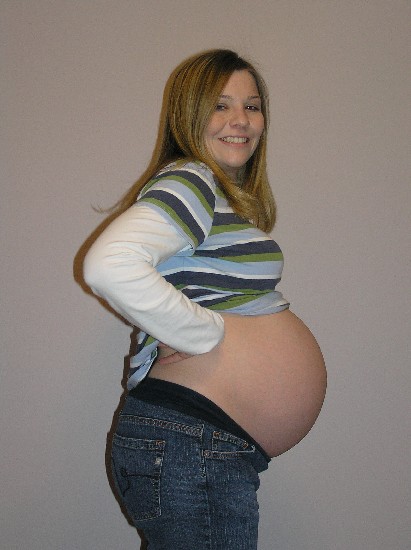