The year is 2010; the setting, a cold and gloomy playroom in Western Canada. Fingers of pale sunlight angle through the wooden blinds and rest, as if exhausted by the journey, on a train table. Their presence does little to cheer the room or allay its wintry chill. Magnetic trains huddle together, lips pressed shut, shivering not with cold, but fear. The mountain winds whistle through the trees like harbingers of the terror that lies in store. As the voices of children echo off the bare walls of their nursery, no one notices a small figure crouched in a dim corner — or the faint shredding noise — until it is too late. Minutes later, in the same corner, a scream pierces the air. A broken shell of a book has been discovered, pages rent from binding. The Ripper has struck again.

This ghoulish mutilator of literary gems has been the scourge of the playroom for a few months now. He preys on its quietest denizens. Although he is well-read, mercy and remorse are not in his vocabulary.

The Ripper’s first victim was, at one time, believed to have been a beloved copy of “Busy Little Mouse,” whose back was brutally broken and torn to small shreds one day in early December. But after some investigation by the intrepid Inspector Mom, it became apparent that a serial mutilator was on the loose.

Who knows which classic story was this bookthirsty fiend’s first victim? It could have been “Does a Kangaroo Have a Mother, Too?,” which was discovered with its skin nearly gnawed off. Or the venerable copy of “Farm Friends,” whose pages, torn asunder, were found in various locales. (This is no easy feat, as this particular victim was a board book.)

Criminologists say to catch a serial criminal, one must look to his first crime. The 2009 mutilation of “Where Is Baby’s Mommy?” — if that, indeed, was the original crime — would suggest that our Ripper is either a baby, or a mama’s boy, or both. Some in the house (Sherlock Mads, for instance) have suggested that Inspector Mom herself has, in fact, caught the ripper in the act and let him go with a mere warning — and that The Ripper is her own son, Thomas Phillips, a known frequenter of the very bookshelf that so many of The Ripper’s victims called home.

The case against Thomas is strong. When the sound of tearing paper rends the winter air, Thomas is often found cradling the latest mangled victim of The Ripper. And the victims are often “his type” — small, colorful board books with a lift-the-flap feature that toddlers find impossible to resist.

Furthermore, the other possible suspects don’t fit the profile. Maddux is a known mutilator of paper and cardboard, but these are without exception stolen from the recycling bin and all the crimes have occurred in her own room. Even as a baby, she has never been anything less than gentle with books. James, on the other hand, refuses to touch any tome other than “The Monster at the End of This Book” and, that aside, has a concrete alibi for each crime attributed to The Ripper. (However, his constant and noisy activity with diggers and trains has provided cover for The Ripper’s crimes, so a conspiracy cannot be ruled out.)

What we do know is that, for now, no book is safe. “Chicka-Chicka-Boom-Boom” and friends have sought safety on a high shelf. The Karen Katz Lift-The-Flap collection is in protective custody. The watchful eye of Inspector Mom looks over “The Greedy Python” and “Slowly, Slowly, Slowly Said the Sloth.” It is a dark and forbidding time for nursery literature here.

There is faint hope that The Ripper will pay for his crimes, but many here fear that the corrupt, complacent authorities will simply wait it out, assuming his lust for paper will one day abate and books will again be able to lie about the room, unshadowed by the spectre of disarticulation.

For now, “Sadie the Ballerina” hides, motionless. “Curious George” dares not peer from his perch. Optimism is as dim as the wan February sunlight in this bleakest of Canadian playrooms. Wary eyes survey the floor constantly, hoping that today will not bring the discovery of The Ripper’s latest crime. Those who spend their days in this nursery jump at the merest turn of a page. Perhaps, as spring turns and days are spent watching yellow rays dance on warm, bright grass, summer’s optimism will overtake the dark mood here. But until then, in this interminable season of terror, the shrieking of bitter winds portends but more grim deeds at the hand of The Ripper. 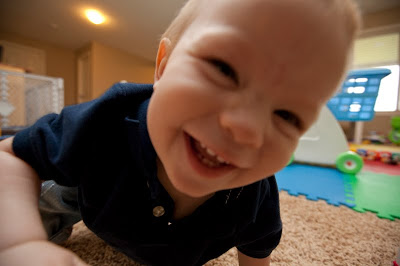 Thomas: Innocent book lover, or scourge of the family library?