In Latin American culture, the day after Halloween is called Dia de los Muertos, or “Day of the Dead.” (Don’t think zombies, though — think a cross between Halloween and Memorial Day.)

I’m thinking in the future, we will dub Nov. 1 “Day of the Dead” at our house, as well. Not because we plan on memorializing our ancestors with a skeleton cake, but because after the hustle and bustle of celebrating Halloween with a house full of small, active kids, we feel a lot like zombies the following day.

First, there are the endless parties. Maddux, being a 4-year-old girl, was delighted to spend three entire days in full princess regalia. (How does this differ from every other three-day period? Besides going out in public and not getting too many stares, not as much as one might think.)

Then there’s the Halloween candy, which Chris buys a month ahead “so we don’t have to fight the Halloween rush.” Of course, three days later, when we’ve eaten all the candy, we have to repeat this exercise in futility. And three days after that, and three days after that. At some point, the two older kids figure out that there’s candy in the house, at which point the candy replenishing must take place every 36 hours.

And this year, SOMEONE (I won’t tell you who, to protect Chris’ identity) had the fantastic idea of giving the baby an Aero bar.

Now, when you are a not-quite-toddler who is in possession of the world’s most ear-piercing eagle screech, and you have finished your very first fun-size candy bar and see that everyone else is devouring candy from a gigantic box of wonder, what are YOU gonna do? If you’re a smart baby (Thomas happens to be very savvy for a 1-year-old), you will wave your fat little arms about and employ that horrific scream until the giant waves of sound pummel your parents’ brains to jelly and they hand the candy to you with sad, empty zombie eyes.

Therefore, yesterday afternoon, we had to buy YET MORE CANDY for, you know, ACTUAL TRICK-OR-TREATERS. Joy.

So take two parents who have to orchestrate pumpkin carving, school party snacks, costumes and trick-0r-treat plans on top of all the usual parenting stuff; add a trio of already chocolate-addled kids; wrap it all up with a late bedtime and continual pounding (yes, POUNDING!) on the door by horrible pre-teens who don’t even live in the neighborhood, and you have a recipe for our very own Day of the Dead. (Did I mention the pounding? I was so mad after the preteen version of the Spanish Inquisition woke up both boys that I turned out the lights, Chris snuffed out the Jack-o’-lantern, and we found ourselves stuck with a gigantic bowl of candy — to be eaten by our own over-noisy hooligans, no doubt.)

So yeah. Today, we’re zombies. (Luckily for the citizens of our fair town, we’re too tired to lumber out the door and go cruising for brains.)

Thomas was up at 5 a.m. today with an earache (surely this has nothing to do with the fact that sugar lowers one’s immune response!) and naturally, so was Mads. The first thing out of her mouth?

“Mommy, when are we going to have Halloween again?” 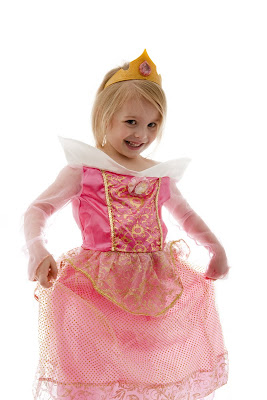