I’ve often said I wished it were possible to install a Plexiglass porthole in one’s abdomen so  one could observe every stage of fetal development (and, if one is a crazy person like yours truly, check obsessively for vital signs). The next best thing to a window on the womb, I suppose, is morning sickness. And let me tell you, it is a far, far second.

For the first seven weeks of pregnancy, the only indications I was with child were an unshakable lethargy and near-constant hair-trigger irritability (Why didn’t my children leap immediately into bed when I  tried to put them down a half-hour early so I could be in bed before 8? Why is the neighbor doing yard work at 2 in the afternoon? Why is my husband taking so long to cook me my dinner?!!!)

Naturally, being the paranoid mama that I am, I was convinced that my utter sloth and irrational rage were not signs enough that all was well within my unreliable uterus. So I was overjoyed when, at 8 weeks pregnant, my stomach violently ejected a bowlful of oatmeal between breakfast and school drop-offs. Now that I had conclusive evidence that there was still something in there, I could go on with my life.

That lasted about a week.

At nine weeks, I started hurling like Roy Halladay at a double-header. Some of my hurls could have been clocked at 90 mph. Some were just … sliders. Luckily for everyone who uses our powder room, they all made it into the strike zone.

Oatmeal was the first food stricken from the lineup. Next came Cheerios, and soon, toast and sandwiches. Any red-meat-based entrees have had to be benched.

Meanwhile, spicy tuna — on a nine-month suspension — kept yelling, “Put me in, coach!”  Oh, spicy tuna roll! Would that I could.

By this point, my menu is as follows:

I even had to retire my vanilla teas this week and have rotated my trusty Coke Zero back into the starting lineup. Is it gross to drink cola for breakfast? Yes. Yes it is. But not as gross as vanilla-flavored stomach juices.

Because a bowl of fruit is hard-pressed to provide 100 calories, I have been eating chicken noodle soup two meals a day. It’s not a varied menu, but it’s one that my stomach can handle. Chris hit upon the ingenious innovation of presenting my soup in a giant mug with a handle, so I can eat it in bed like an invalid while watching Real Housewives, beginning 10 minutes after the kids are tucked in their beds.  Except for the vomiting part, this is the life!

Of course, there is the slight issue of Campbell’s chicken noodle being 95 percent salt, along with that fact that salt increases bloating, and also that pregnancy in general increases bloating. These are things I’ll worry about when I’m no longer racing to hug the porcelain, driven to spasmodic dry-heaving by the overwhelming aroma of Honey Nut Cheerios.

In the meantime, I will comfort myself with the knowledge that this is almost like having a window into my pregnancy.

And here I am, between heaves, at 11 weeks pregnant, with either the beginnings of a baby belly or a lot of soup-related edema. 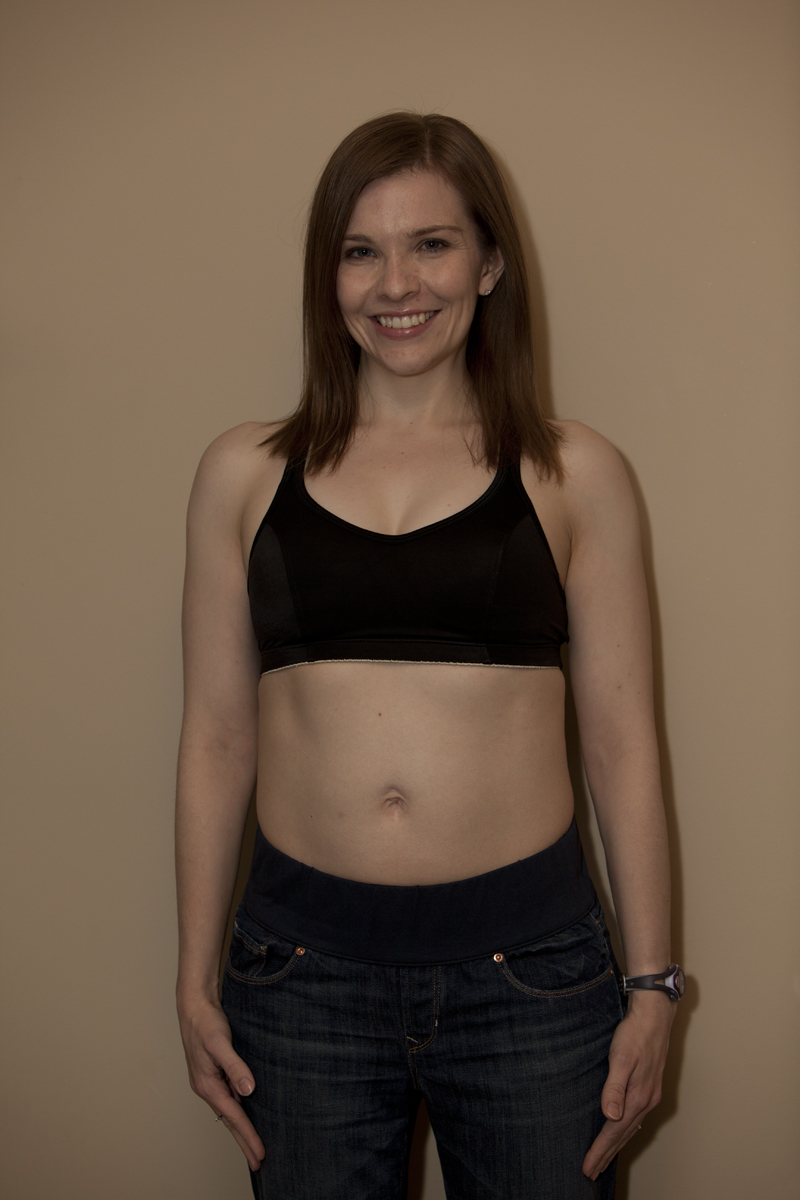 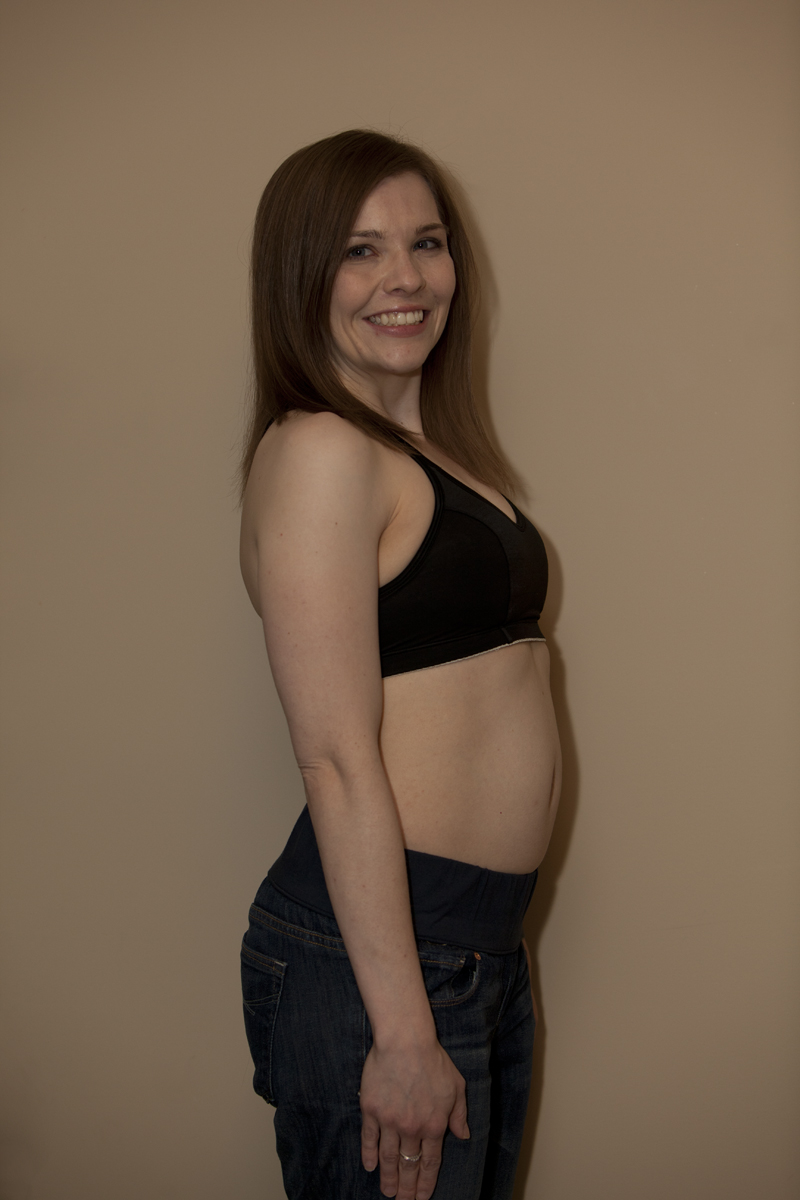