I blame it on my proclamation that I would not begin wearing maternity clothes until I was about 16 weeks along. The belly has popped, and this week — almost a month ahead of schedule — I found myself suddenly wearing the five maternity shirts which are neither stained nor bought in tentlike sizes to accommodate Thomas’ gargantuan summer pregnancy.

And I’m really annoyed, because I hate maternity clothes.

This wasn’t always the case. When I became pregnant with Maddux, it wasn’t more than a week or two before I decided it was absolutely necessary to buy all sorts of not-very-fashionable “transition pants” and accouter myself in an array of tops that accentuated the tiny hint of belly. First-time moms are so cute that way.

The transition pants (and subsequent hideous-yet-much-more-comfortable full-panel Jeans of Shame) were fun for all of about 10 weeks. Then, once I was decidedly too big to squeeze back into them, I began yearning for pants that actually came in numerical sizes and, you know, fit properly. The maternity tops were fun for awhile longer, but around the middle of the third trimester, I began hating them as well. The capacious empire-waist tops — invariably just a tad more cutesy than what I would normally wear — reminded me that I was still heavily and uncomfortably pregnant. As soon as Maddux got her Vitamin K shot, I happily packed away all the florid gestational tent-clothing and squeezed my postpartum jiggle into my pre-pregnancy wardrobe (to what I’m positive was the great dismay of those people who had to be seen with me).

When I got pregnant the next two times, I swore that I would wear my pre-pregnancy clothing until I burst out of it. When my waistline expanded, rather than caving in to comfortable panels, I pulled out my old “fat jeans.” When my belly began to round out underneath my body-conscious tops, I bought new things with ruching and draping and empire waists. But not from the maternity section. Oh, no. Not until sometime in the mid-second-trimester did I cave in and set foot in a maternity section. Somewhere in the family archives, there is a picture of me at 16 weeks pregnant with Thomas — improbably shoehorned into skinny jeans. Hey, you do crazy things when you spend half of a four-year period cooking oven-buns.

And then came this baby. Maybe it was the 10-pound first-trimester weight gain. Perhaps a fourth baby was simply more than my threadbare abdominal muscles could contain. It could be that my recently acquired pancake-flat mom butt makes capacious shirts look sloppy instead of sexy. Whatever the reason, I discovered this week that almost all of my most forgiving  shirts — ruched, baggy, or otherwise — were beginning to make me look like a Weeble.

So it is that I have reluctantly rotated a few maternity tops into my wardrobe. I am already sick of them, but they make me look pregnant instead of enticing small children to try their hand at knocking me down. (Not that that stops my children. They haven’t even heard of Weebles; they just enjoy running head-on into people’s legs.)

In happier news, the baby’s heartbeat has been clocked at a perfectly healthy 150 beats per minute. Also, I have stopped barfing. It is a great feeling, being hungry for things other than chicken noodle soup. And now I got me some eatin’ shirts!

Here I am, for your viewing pleasure and in super-chic “transition jeans” as usual, at 12 weeks pregnant. 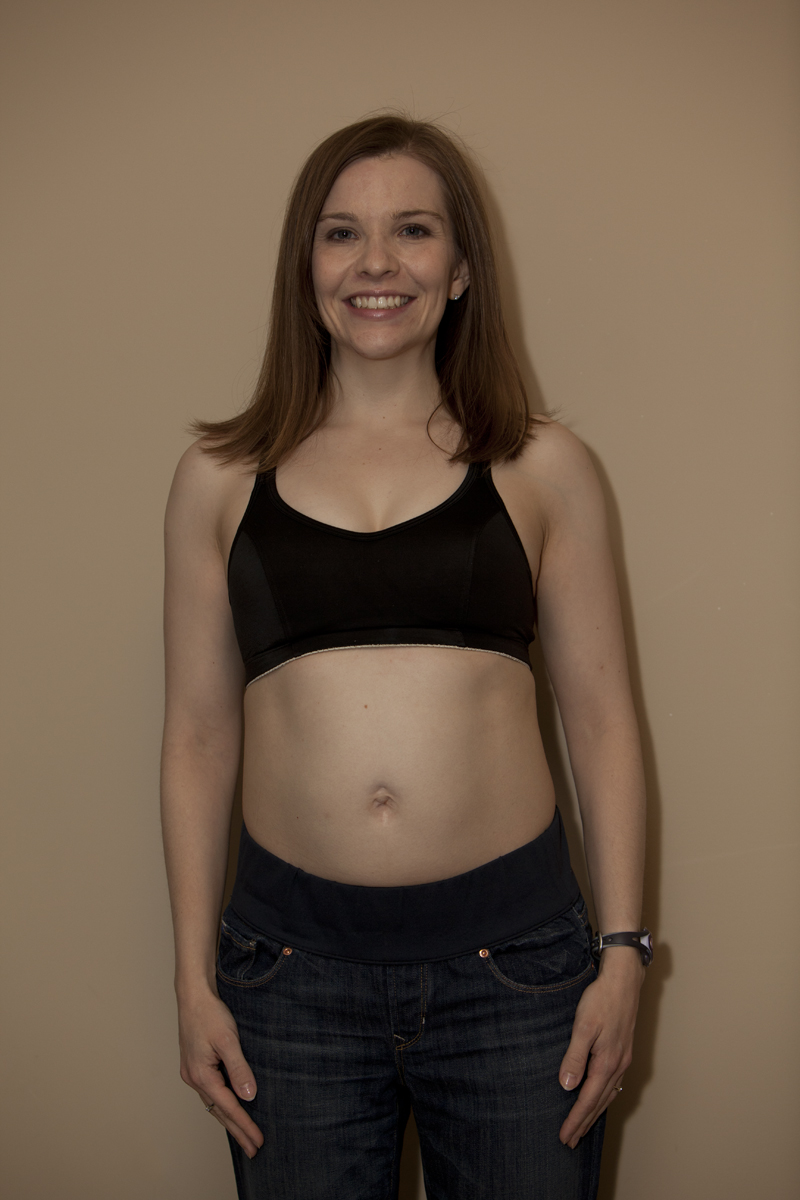 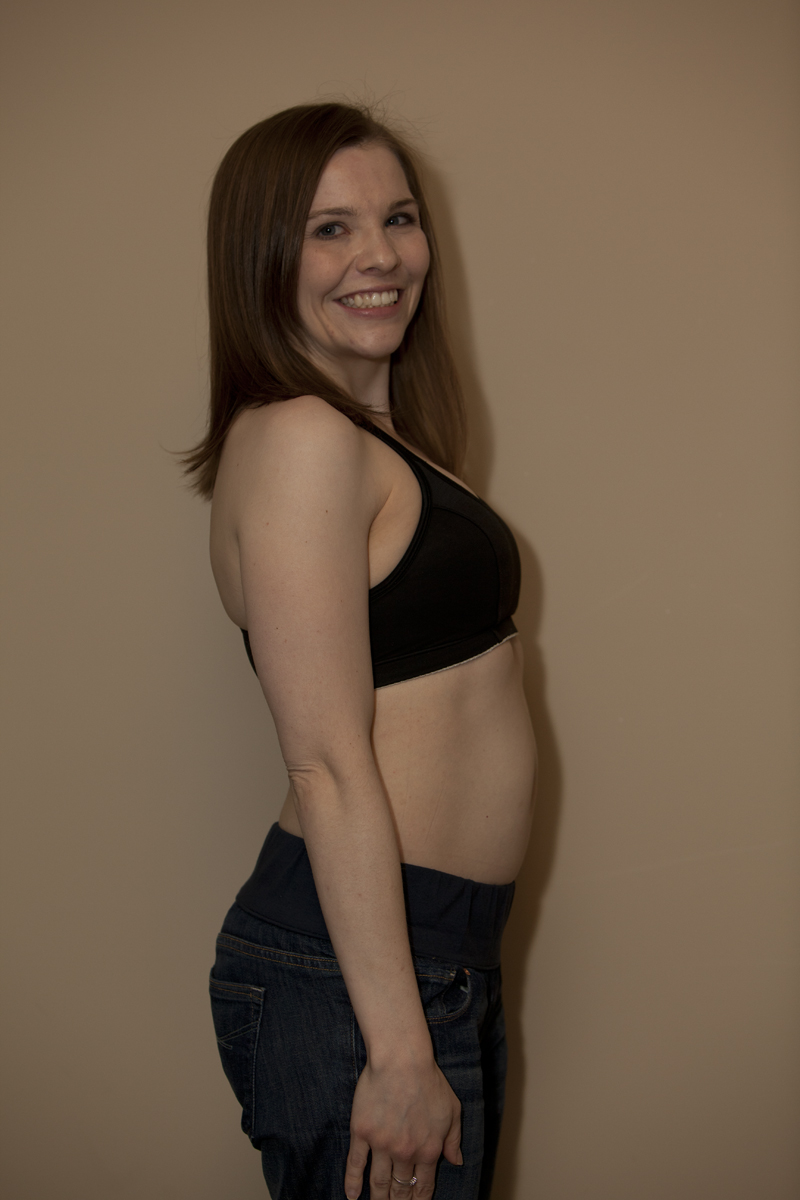