Pregnancy is a funny thing (and I say this now because I haven’t barfed in a good four days). In a mere two weeks, I have gone from stealth-preggie mode to being asked by strangers when the baby is due.

How quickly the baby is growing — and nothing exemplifies that better than his or her latest portraits. Last time we had an ultrasound, at seven-and-a-half weeks, the baby looked like a little seahorse and measured 1.3 centimeters from head to rump.

A mere 10 weeks and two days later, we were presented with a fully-formed baby flexing tiny arms and legs, measuring some 13 centimeters from head to bottom. Pele’s little teeth are developing underneath the gums, vital organs are all present and accounted for, and our baby’s tiny face was bowed ever so slightly toward his or her chest, just like daddy’s does when he’s sleeping.

Unfortunately, our ultrasound tech would not tell us what we were having, and the pictures we got were rather ambiguous and we’re not sure exactly what we’re looking at. So even though, if she’s a girl, her ovaries contain millions of eggs already, poor Pele will remain plain old unisex Pele even to Chris and me for just a little longer, until we can get another ultrasound.

Anyway, here’s little Pele in all his or her glorious ambiguity: 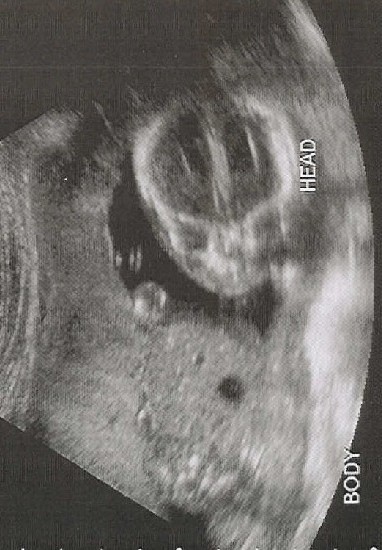 And here are the Week 18 belly shots. 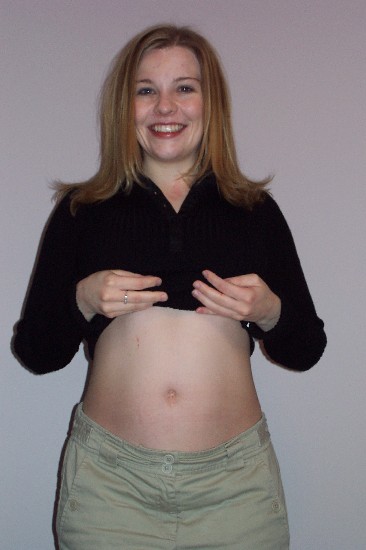 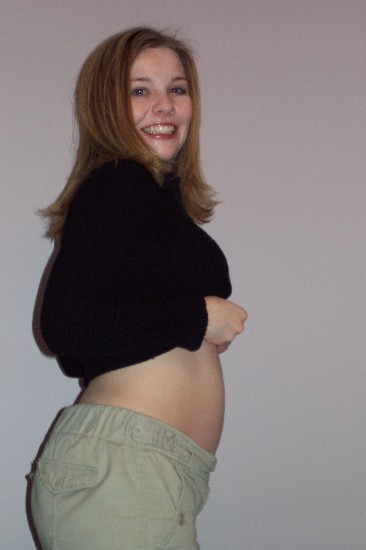 One thought on “Whoomp! (there it is)”