PEACHLAND, B.C. — As people in this sun-drenched Canadian valley know all too well, Lake Okanagan is host to an ancient sea monster the locals call Ogopogo. While some folks think this elusive creature is a figment of overactive minds, the prevailing theory is that Ogopogo is some sort of primitive deep-sea creature left over from a time when dinosaurs ruled the earth. Like its more famous (but less-often sighted) counterpart, the Loch Ness monster, Ogopogo is believed by many to be an Elasmosaurus. But Ogopogo is not the only huge, fearsome beast in the region.

As many Okanagan denizens can attest, another possible prehistoric remnant, the voracious Pregosaurus, roams the valley in search of food, her thunderous footsteps echoing through grocery stores and baby boutiques from Kelowna to Penticton. Occasionally, her unremitting hunt for prey takes her as far as Oliver, where only yesterday this ravenous beast is reported to have devoured — in the course of 90 minutes — an estimated 40 chocolate eggs, heaps of pototoes and gravy, sweet potatoes, turkey, an entire plateful of stuffing, and a slice of pumpkin pie.

The Pregosaurus belongs to the order Primates, is omnivorous, and bears a strong resemblance to Homo sapiens, the main difference being an abdomen roughly 10 times larger. Unlike her human counterparts, which move with relative ease, the Pregosaurus has adapted to her unusual abdominal shape by walking more like a penguin.

While she may be clumsy, the Pregosaurus packs quite a bit of physical clout. Aside from her formidable appetite for anything carbon-based, this dinosaur’s volatile cocktail of hormones spells death to those who disturb her slumber or her many daily eating periods. When subjected to discomforts — such as day-to-day existence — the Pregosaurus emits a shrill whining sound, which has been known incapacitate those nearby. Additionally, her massive belly can cause significant damage to unfortunate animals who stumble across the Pregosaurus, even when the abdomen is moved inadvertently as the creature turns to eye nearby sustenance or baby clothes.

A special acid pouch in her esophagus allows her to breathe fire upon those who venture too close, along with aiding in digestion of food (as her stomach is situated in her neck rather than, as logic would suggest, in her enormous abdomen).

However, the Pregosaurus has one great weakness. While she can waddle quite rapidly when the dairy aisle is in sight, the dinosaur does not have the ability to run from predators. Scientists theorize, based on the skeletal structure of the Pregosaurus, that the animal has actually de-volved. While the legs of this dinosaur are built for running, jumping and climbing, the Pregosaurus has not been witnessed doing anything more physical than swimming, stretching, and a rapid, awkward waddle. It is believed that while her legs could run, were they on another animal such as H. sapiens, the sheer size of the Pregosaurus’ gigantic belly limits her speed and mobility. Scientists suspect that the parts of her legs that suggest running ability are vestigial in nature and not indicative of the dinosaur’s actual abilities.

While she is limited in mobility, some researchers believe the Pregosaurus has a level of intelligence similar to higher primates and dolphins. However, conflicting information on her intellect has split the scientific community.

While records indicate she graduated summa cum laude with a bachelor’s degree in journalism and completed some pre-med coursework, suggesting that she has sophisticated communication skills and a basic grasp on following instructions and memorizing information, those who claim to have encountered the Pregosaurus say her vocabulary is limited to things pertaining to gestation and caring for young, and that she cannot retain information for more than three minutes. Citing this evidence, some scientists assert that while the Pregosaurus may indeed have attended university, she forced members of H. sapiens to complete her coursework — perhaps by threatening to devour them — or that some cataclysmic event, such as a meteorite, destroyed what intelligence she may have had.

Some archaeologists maintain that the I.Q. of the Pregosaurus is similar to that of H. sapiens and that she simply chooses to have only one topic of conversation, but those in the first group contend that her fixation on bearing and raising young has overtaken areas of her brain that in other species are used for memory and communication, making her somewhat inferior intellectually to other advanced primates, including chimpanzees, as they have found uses for sign language other than as a means to ask preverbal infants “More bottle?” or “Need diaper change?”. These findings seem to be borne out by materials posted by the Pregosaurus on her Web site, which predictably deals with offspring to the exclusion of all other topics.

However, new data suggest that the Pregosaurus is more sophisticated than the chimpanzee in some ways, and may be related more closely to H. sapiens. In a recent dig in Peachland, a photographer unearthed what is believed to be the nest of the Pregosaurus, who scientists believe has been frantically preparing for the hatching of her young.

Researchers who had a chance to look over the photographs marveled at the complexity of the nest, which has been feathered with pink gingham, purple satin, and a butterfly motif. While it has not been determined whether, like H. sapiens, the Pregosaurus associates butterflies with female young, or whether her insatiable appetite extends to winged insects, those who have inspected the nest noticed that the motif is carried through the room quite strongly. Some of the items lining the nest appear to have been handmade, and the bedding and clothing laid out for her young have been laundered, suggesting the Pregosaurus has incorporated tools into her lifestyle, contradicting other research conducted in her lair that indicates she has not mastered the vacuum or the dishwasher. The absence of eggs in a padded, boxlike structure deep in her nest would suggest she has hidden the eggs and is waiting for her young to hatch before placing them in the nest.

Some who have had close encounters with the Pregosaurus assert that she may actually be a member of H. sapiens. Chris Phillips, a Peachland resident who has encountered the Pregosaurus almost daily for the past seven-and-a-half months, has postulated that she is exactly like a human, only with a baby inside. Ultrasonography results funded by that curious Pregosaurus-sighter and obtained by researchers confirm that inside her belly is what looks like a tiny H. sapiens, and local physicians who have examined the beast theorize that once she has somehow expelled her offspring, she will have all the characteristics associated with humans.

How exactly the Pregosaurus’ young, if it is indeed inside her abdominal cavity, will exit her body is up for debate. A local prenatal instructor suggests that live offspring will be pushed through a “birth canal,” but yesterday, Phillips can confirm, the Pregosaurus insisted that her young should be extracted surgically within days or her abdomen would rupture. However, given the prevailing assumption that her mind works differently from those of humans, it could not be determined immediately whether this would be an appropriate course of action.

Until the offspring of Pregosaurus have made their exit, one way or another, from her belly or wherever she has hidden the eggs, the mystery continues to puzzle scientists. Is the Pregosaurus actually a human? Or, is she, like Ogopogo, one of the great beasts left over from the prehistoric days when dinosaurs ruled the earth? 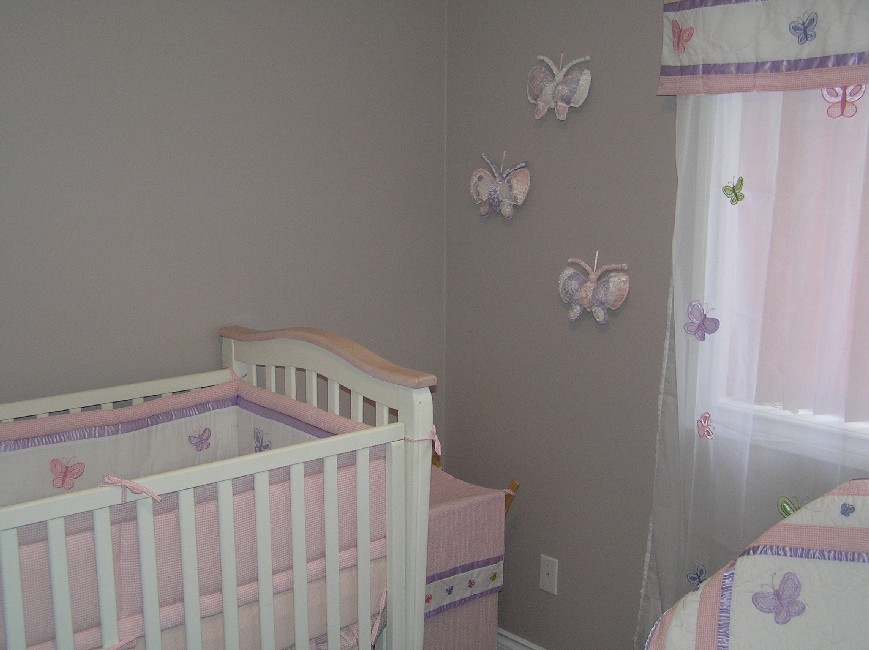 What is the significance of the butterflies in the Pregosaurus’ nest? 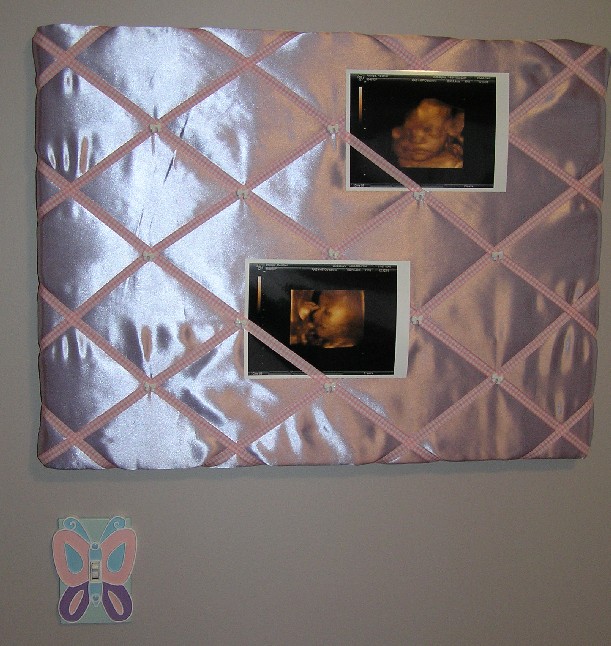 A handmade object researchers believe was crafted
by the Pregosaurus for her young using sophisticated
tools such as a needle, thread, buttons and a staple gun. 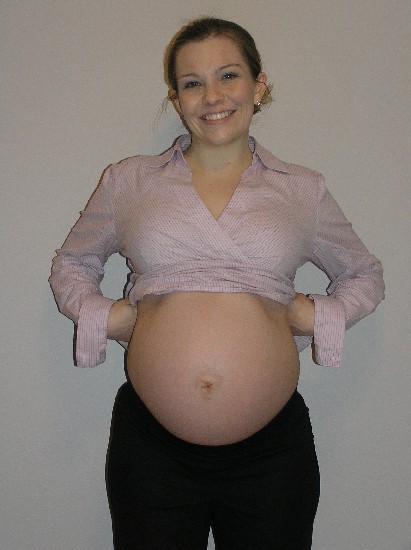 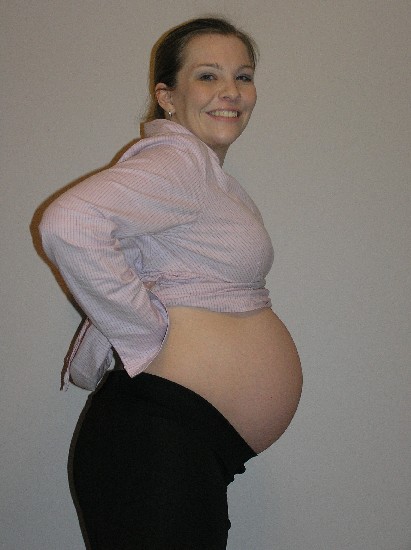